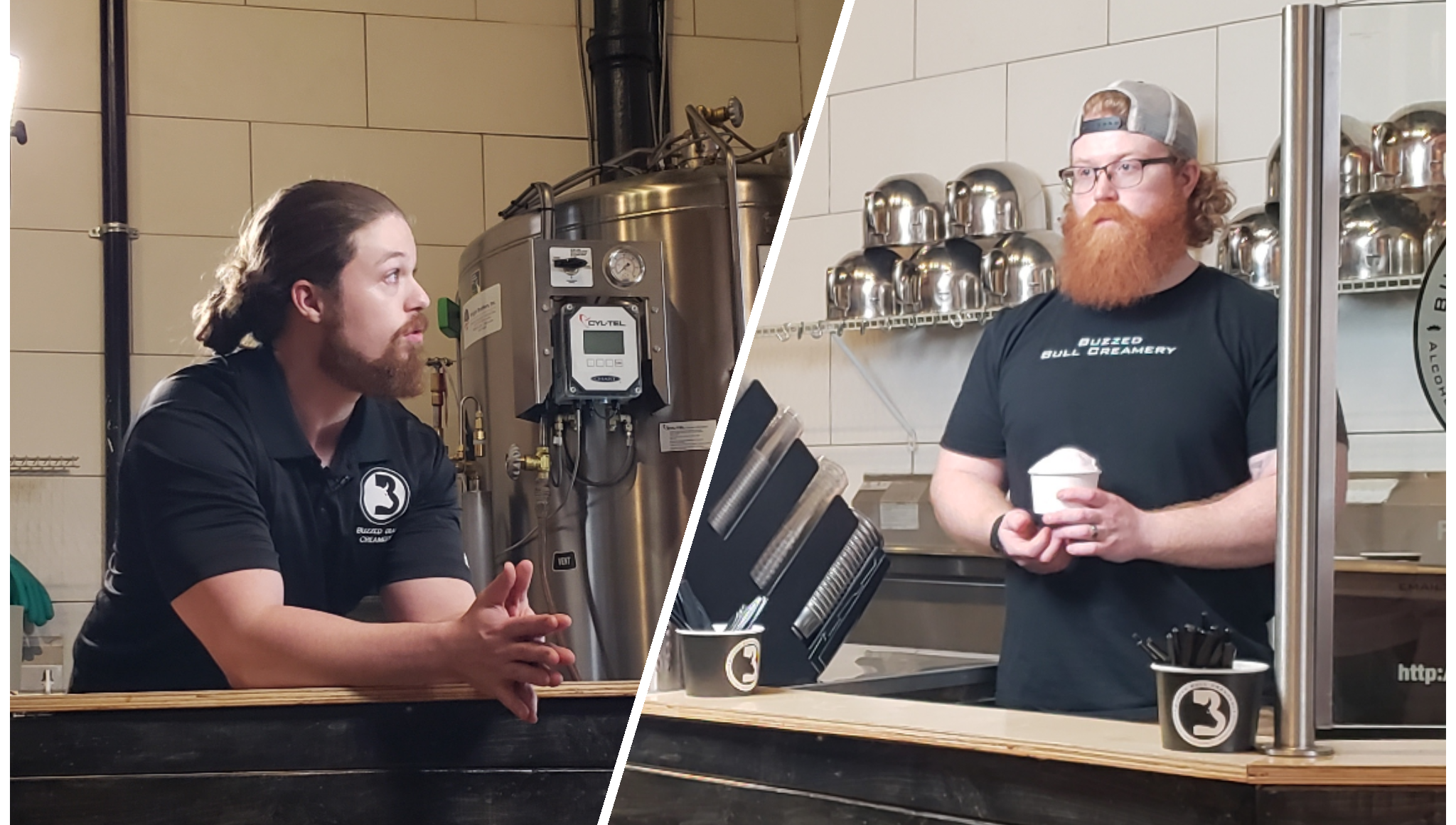 Wednesdays seem to be big days for our team and our business.

We were requested to be present and provide another testimony in the Ohio State House regarding House Bill 160 [if you don’t know what House Bill 160 is and why we care, you can read more here]. This time…they wanted samples [who wouldn’t want to try some alcohol infused ice cream samples]. We don’t blame the committee at all, but between you and me, I think Colten gave them an open invitation from our visit in May. We had comments about where our ice cream samples were to which Colten joked “maybe next time we are up here, we will bring some samples.” Honestly not thinking we would be asked to return. Can’t help but laugh at that one.

This time, we brought the goods and someone else had to provide a testimony. Our COO & Over-the-Rhine store manager, Shane Mounce, was the lucky winner chosen from our team to speak. While Shane shared his testimony, Colten distributed the ice cream samples. Colten said, “Everyone was loving it. People were asking for seconds to try different flavors. Bourbon infused ice cream seemed to win a few people over to at least give it a try.” We chose the following buzzed (alcohol infused, 21+) flavors:

Did we pick good flavors to showcase our options? Drop a comment below to let us know!

When asked about his experience, Shane responded:

“I spoke for about 5 minutes and then answered about 10 questions from various members. The room was packed!” ….”Most of the questions were about us and our brand: how we got started, how did we come up with the name, what were we drinking when we came up with the idea”… “They had a few questions about what the end product would look like in stores.”

Apparently, their visit was at the time all the mayors in Ohio were invited to the Ohio State House.

“We had the Mayor from Amelia (Todd J. Hart) come up to us and wanted to talk about how he has heard so much about us. He said [paraphrased] it was really awesome to see a couple local guys doing some cool stuff. Another rep said he felt ‘we were in the presence of genius.’”

All in all the trip was extremely successful! They happily reported on their trip back yesterday that House Bill 160 was unanimously passed through committee…basically, we are on to the next step!

Reflecting on this process, Colten ends our update:

“It’s pretty cool to see an idea that I had, to sell this and really give our customers better access to our product and watch the process unfold. To partner with Rep Ingram has been great to see how it all works especially when it’s regarding something that directly impacts me. It’ll be great to tell our kids and grandkids one day about this particular portion of our journey.”

1 thought on “Moving on Up”